Rhinos are formidable creatures familiar to everyone from films and photographs and visits to the zoo. They have been around for 40 million years and are an important part of a wide range of ecosystems in Africa and Asia. There are five species: black, white, greater one-horned, Javan and Sumatran. All of these are threatened with extinction – three are ‘Critically Endangered’ as defined by the IUCN (World Conservation Union). This means that they will not survive without massive and urgent action. We must not let them join the dodo in extinction!

At the turn of the 19th century there were approximately one million rhinos; by 1970 there were around 70,000. Today, there are only around 28,000 rhinos surviving in the wild and more than 20,000 of those are white rhinos. But in 1900 there were fewer than 50 white rhinos in the world! Conservation can work if it’s done well.

Poaching is the main reason for their current decline; 1,004 rhinos were poached in South Africa during 2013 with at least another 100 being poached in other countries. The rate of poaching has escalated so rapidly that this year experts predict that deaths will overtake births and even the white rhino will start to decline again.

Arguably the two large mammals most threatened with extinction on this planet are the Javan and Sumatran rhinos. The former is now found in just a single population on the island of Java, where 50-60 animals persist. The latter is now scattered across half a dozen small populations across Indonesia and Malaysia, arguably none of which is viable in the long term without massive international help. The reason of their demise is entirely due to illegal poaching for their horns.

Money raised by Paignton Zoo’s Great Big Rhino Project will be channelled through Save the Rhino International, a UK-based NGO, and used to support anti-poaching patrols around the rhino reserves; for habitat restoration on Java to increase the area available for the rhinos; and support for the intensively managed captive population of Sumatran rhinos in Indonesia which had its first breeding success in 2013. Without these measures both species will certainly disappear. SRI has a great track record in global rhino conservation and will make sure that the Zoo’s contribution is used in the most effective and timely manner. 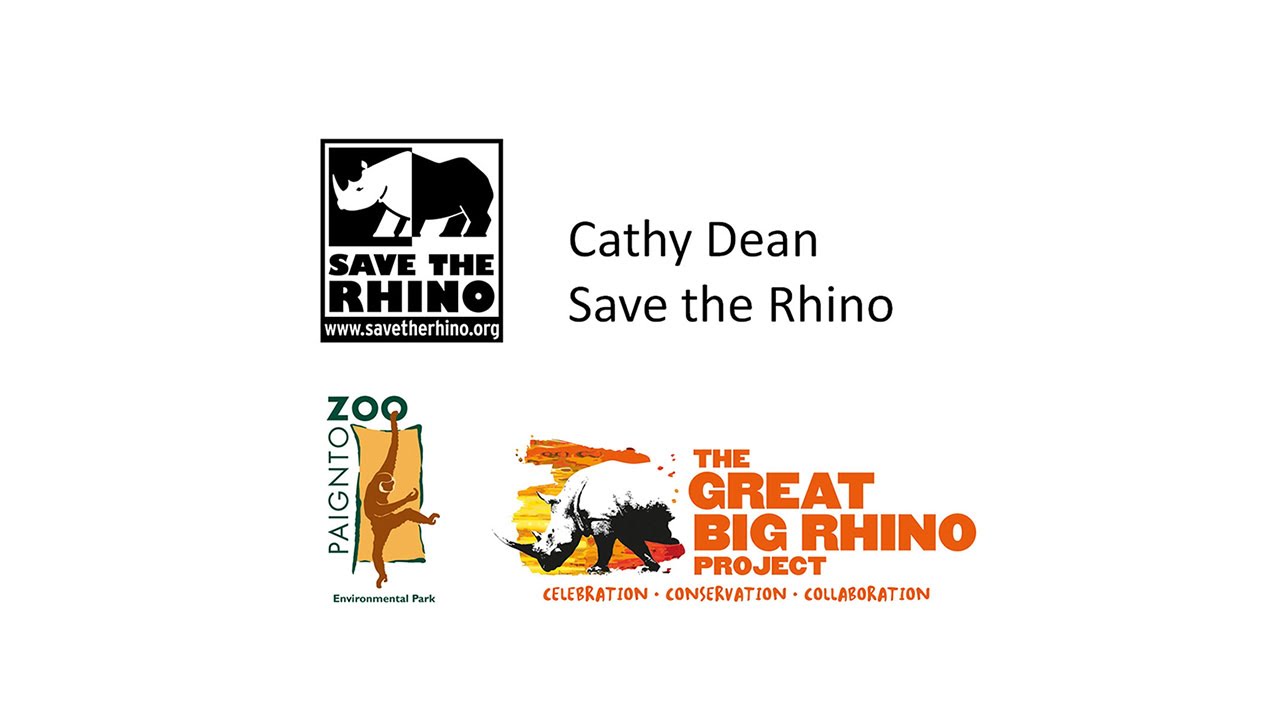 For more information please visit http://www.greatbigrhinos.org.uk/ This video is a presentation made by Cathy Dean - Director of Save The Rhino - at the launch of Paignton Zoo's Great Big Rhino Project…

The Great Big Rhino Project has come to an end with a successful charity auction that raised £123,000.

Thanks to our partners!

Come and socialise with us!

If you would like to support us by making a donation, you can do so in multiple ways...